How I Stopped Worrying and Learned To Love Recruitment Automation.

If you think that AI is going to take our jobs, think again. It will change them; that much, it seems, is sure.

Then again, automation has been changing the way we work since the Industrial Revolution, at least; in fact, the labour economy as we know it is predicated not on our competition with machines, but rather, our peaceful, productive coexistence.

It is only natural, of course, to be afraid of change. Most of us are. Almost all of us, similarly, fear the unknown.These reactions to perceived threats are only natural; after all, it's these Darwinian instincts that have managed to keep us alive.

Of course, like any new or novel technology, the impact of AI on the world of work remains largely unknown.

What is known is that machine learning and intelligent automation are already creating a seismic shift, and many people fear the ultimate impact of these emerging technologies will come at the expense of their livelihoods.

This is nothing new.

The Future of Work: Automation is History.

From the conveyer belt to the computer, workplace automation has long been the subject of scrutiny and scaremongering - and yet, these technologies, one could easily argue, did the exact opposite of taking jobs. They created new industries, new economies, and, yes, an inestimable amount of jobs in the process.

If anything, we shouldn't be scared of AI - we should be excited. The robots aren't coming for our jobs, especially in recruitment. Instead, the role of the recruiter will become much more strategic, highly skilled and in demand.

Automation without personalization is pointless, after all.

The impact of AI on recruitment, therefore, will be much more about evolution than revolution.

Remember the good old days, when job boards first burst onto the scene? Even then, many recruiters resisted utilizing job postings and online recruitment; they pushed away the Monsters and Jobsites of the world in favor of hand delivering printed CVs and relying on their trusty Rolodex as their killer app, so to speak.

Obviously, online recruitment has become not only the norm, but ubiquitous. They have made talent more accessible, albeit at an obvious cost - they have commoditized candidates, a tradeoff that has more than a few downsides on the recruitment industry.

Now, don't get me wrong - there are many excellent recruiters out there. For every reaction, however, there is an equal and opposite reaction. This is why no matter how good you are, there are enough of those RINOs (that's 'recruiter in name only') who consistently bring shame onto our entire profession.

They don't build relationships, nor do they represent a brand. Instead, they're out for themselves, which is surely the worst motivation for someone with some modicum of control over other peoples' careers. They're often good at filling requisitions, but notoriously bad at filling promises. At least after 90 days are up, that is.

It's easy to write off this subset of the sector as lazy, but it's really not their fault. Recruitment is a volume game, and KPIs such as total calls made, CVs submitted, days to fill or job applications completed are endemic to our entire industry. They're also largely meaningless.

But with the emphasis on output, not outcome, it's little wonder why the phrase "recruitment services" has become something of an oxymoron, at best.

This emphasis on quantity over quality has eroded candidate experience; when it's impossible to even get a job application so much as acknowledged, or an answer to a recruitment related email, it's not hard to understand why so many of our candidates have been frustrated with hiring for so long.

The entire concept of "candidate experience," in fact, would exist today not as a cause, but rather, as a basic baseline for measuring how effective recruiters really are. Those who fail at this fundamental part of recruitment would quickly fail out of the profession.

Instead, the hubris of HR has made activity based metrics the standard by which our profession is measured, which has made the simple stuff like providing candidate feedback or answering phone calls relatively inefficient.

High touch takes time, and recruiters are obviously too busy to even translate a compensation document into a compelling, or even coherent, piece of collateral. A job description is the departure point from which most of our recruitment related activities begin, and yet, we don't bother ensuring that they actually, you know, describe jobs. This, apparently, takes too much time.

And this is why we can't believe that the introduction of AI into the recruitment process is, on sum, a totally bad thing. In fact, machine learning promises to be a very good thing, as long as you're a real recruiter and not one of them.

This is why it's time to stop worrying and love the bots (and every other tool within the AI part of your talent technology stack. There's an evolution underway, Recruiters who accept automation as an integral part of the future of work, and our profession, will survive. Those who continue to resist, of course, will die. This is how evolution works, you know.

For those recruiters who are open minded, who embrace this change rather than fear it, the rewards will be the ability to reshape, rethink and redefine their role and its relative importance. They will be able to focus on delivering more strategic value and building real, meaningful relationships on their clients and candidates.

That's because AI will automate the most mundane and repetitive tasks, those parts of a recruiter's work that often take the most work. This is one of the benefits of AI; robots, unlike recruiters, will never complain about process, policies or paperwork.

Instead, they will help make your process more efficient and effective - and won't say a word about the fact that you're making them do all your dirty work.

Imagine refreshing all of your job adverts on a Friday and coming in on Monday morning, not with an inbox brimming with dozens of unqualified candidates and random submissions, but instead, to a list of qualified applicants ranked by how relevant their skills and experience are for the role and how likely they are to succeed at your company.

There is no such thing as a passive candidate when automation meets personalization at scale.

Take HiringSolved, for example. This powerful tool, which is part of the sourcing stack here at AGS, was able to search, analyze and rank over 300 applicants in under 3 seconds to deliver only the top three CVs for the role. This same task took a previously person 1.5 days to complete, and perhaps unsurprisingly, the computer and the recruiter ultimately ended up selecting the same three CVs.

These results show the real reason to get excited for AI is not how many jobs they'll take, but how many of the mundane or inefficient tasks they'll do for us, instead. We shouldn't celebrate simply the technological capability these tools represent, however; we should celebrate the fact that these technologies have the capabilities to save us a ton of time.

Time that can be spent on more important things, like, you know, keeping your hiring managers and candidates engaged and happy throughout the hiring process. It sounds simple, but that's one thing no machine will ever be able to do as effectively as a real person.

Recruiters, for this reason alone, will always have a special place in the recruiting process. AI won't make your job obsolete. That's something only you are capable of - and irrational fear of change (AI or otherwise) is a pretty good sign that you're already falling behind the competition for the top talent of today - and tomorrow, too.

Written by Benjamin Blair
Ben Blair serves as Client Solutions Manager for Allegis Global Solutions' EMEA region. With over a decade of resourcing experience for a wide variety of clients and deep subject matter expertise in solving human capital challenges, Ben helps AGS clients maximize their recruiting ROI and stay on top of industry trends and topics. Ben currently lives in London, but works with employers across Europe, the Middle East and North Africa on talent solution delivery and recruitment strategy. 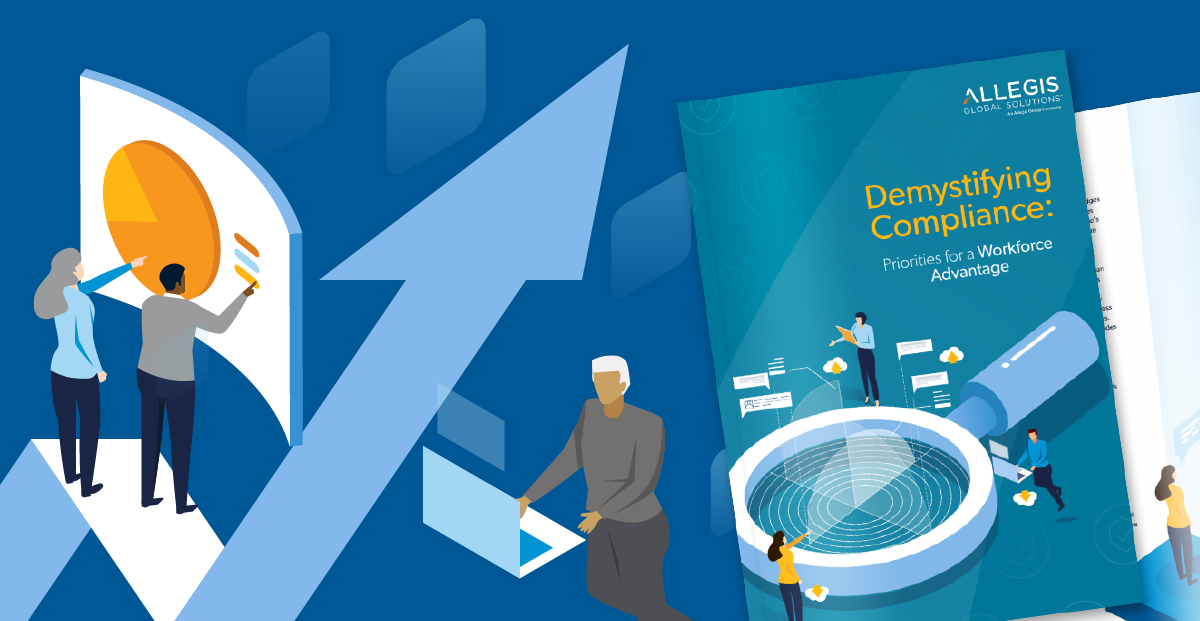 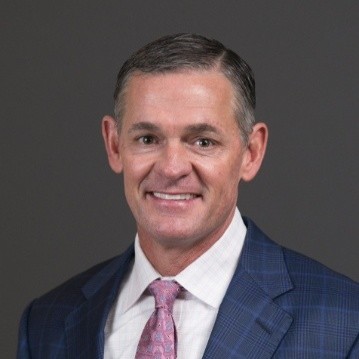 The influence of changing regulatory demands creates real-world challenges for organizations working in every industry and... 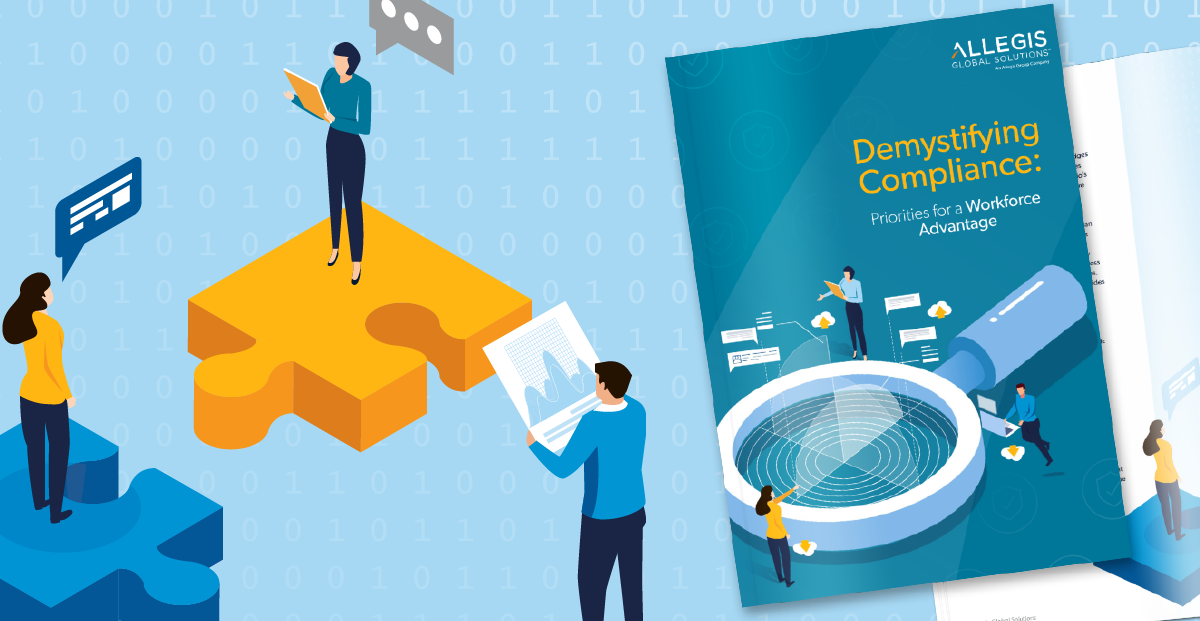